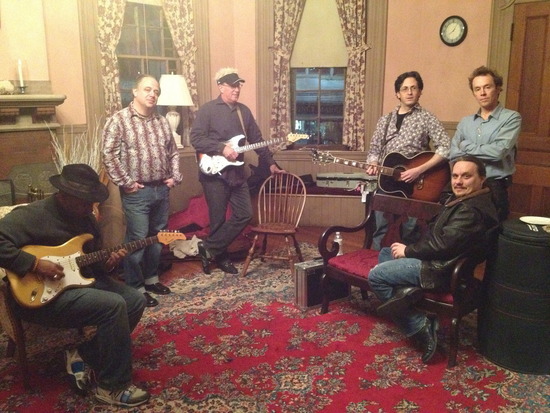 My friends The Loomers are playing a benefit show for yours truly on Wednesday, January 9, 2013 at Club Passim. For over 15 years The Loomers have been playing benefit shows at Passim, with the help of Club Manager Matt Smith, that for the most part have benefited Passim and the many wonderful community programs that the club promotes and puts on. In the past, these shows have been "themed" concerts with the band acting as the house band and various local songwriters and performers taking turns fronting the band. I have had the honor of participating in quite a few of these shows including: "Motown Night," ""70's Night," "'80s Night," and my favorite "Anthem Night," performing various songs such as "Tracks of My Tears," "You Shook Me All Night Long," "London Calling," "Stairway to Heaven," and at Jon's request "Living On A Prayer."

The Loomers are hosting a fantastic night of music by a bunch of your favorite "one-hit wonders!" And we've got special guests -- including award-winning songwriters Chris Trapper, Catie Curtis, Scott Janovitz and Jim Infantino to name just a few -- coming along for the ride. Yes, there will be songs from the 60s, 70s and 80s! Tickets are $16 and can be purchased by clicking on the link below or at the Club Passim website (link below as well).

The Loomers have a long and storied history. Besides recording 4 studio albums and one live album, the band has worked as the backing band for songwriter Don White for many years. They have also won the Jury Prize at Berklee College of Music's Battle of the Executive Bands;  played with rock legend John Mellencamp at a party a few years ago during the Democratic Convention;  They were finalists in Fortune Magazine's Battle of the Corporate Bands; They have performed hundreds of shows throughout New England, at such esteemed venues as the Rock and Roll Hall of Fame, Fenway Park, The House of Blues, Irving Plaza, The Knitting Factory and CBGBs; and they have been the backing band for Ellis Paul and countless sold out 70s & 80s Tribute Nights at the legendary Club Passim in Harvard Square. Their songs have also appeared on NBC, CBS, PBS & the CW, most recently an episode of Hawaii Five-O in October.